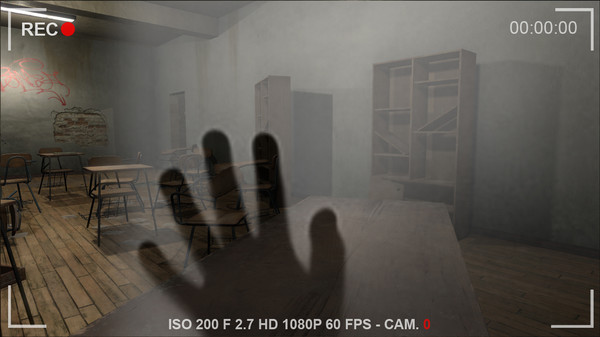 The story of Deva begins in October 1998, at the — school, located on the outskirts of —!(We can’t tell you the name of the town and the school yet, but you will find out soon!). During that period, a massacre took place in the school, which resulted in the death of 15 people (12 children and 3 teachers) and the disappearance of 8 people (7 children and one teacher). The information about the massacre has either been hidden or does not exist, because absolutely nothing is known about it, except that it happened! After that, the school was closed permanently!

So far, no additional information about the massacre has been revealed, and the school has become the subject of many urban legends, some more terrifying than others!

Because I’m a fan of the paranormal, I finally decided to visit the school, maybe I’ll be able to find out something about what really happened there!

I managed to get into the school, and while I was walking down one of the corridors, through the window of a claoom door, something shone! I went to check what it was and I was lucky (if I may call it that) to find a DVD(Digital Video Disc)! I soon realized that this class is the one in which most human corpses were found! I kept wondering why no one has taken it from there so far! Maybe they didn’t see it! But how the hell is that possible! A DVD can hide valuable information! I took the DVD and left as soon as possible because it is forbidden to enter this school without permission!

When I got home, I immediately opened the PC and inserted the DVD that I found!

I was shocked and amused at the same time! Why! Because I discovered the DVD’s great secret! A game, there was a **** game! First, I thought it was a bad joke from some teenagers and I forgot about it for a while, but finally, one night I was terribly bored and I decided to open this game and see what it’s all about!

Looks like it was a horror game. I started playing it a little and then a great idea came to me! I could make a few bucks if I put the game for sale on the internet and I would pretend to be its developer! That’s what I did, but I decided to sell the game only to certain people because I didn’t want to be accused of Copyright infringement! And that was the moment when copies of the game were released on the internet!

After that, I continued to play the game! It was a weird game, but I finally realized what was really going on! A strong feeling of fear froze me! Such a thing could not be real!

I can’t write anymore because HE is here! If you read this, it means that a copy of the game has somehow reached you! Whatever you do, don’t open the game! DON’T OPEN IT!!!

*From a second-person perspective, the main protagonist of the game is you, the one behind the screen!
This means that the action of the game will be directly related to you, and its gameplay will be closely correlated with you, not with an avatar that you control!

*The game is possessed by an evil entity, which wants to lure you into the dark, and will try to do this in various ways!

*HE is listening!
You will have to use your actual voice to communicate directly with certain characters in the game (Or write what you want to say in case you don’t have a microphone!)! But be careful who you talk to!

*Above we said that you will control a character up to a point because there will come a moment in the game when you will have no control over him or someone else because the character behind the cameras is a real man trapped inside the game, and at the moment he realizes that, you both have to find a way to get him out of there! From that moment on, because the character behind the cameras knows more about the game, you will have to listen to him carefully and do as well as possible what he tells you to do in order to save him (At some point, the action will no longer take place in the game, but outside it!).

*Also, the girl who appears in the trailer will play an important role and you will interact with her quite a lot because she has total control over the game, and you will have to play by her rules! The girl will appear in unexpected moments and will talk directly to you! There will also be times when she will show you certain things seen through her eyes, like memories that will help you decipher the story of the game!

*Use your voice to communicate with the characters in the game!

*You will have control over a character but not his vision! You will have to synchronize with the characters through whose eyes the game will be seen!

*You have no control over the game, resulting in that at certain moments, the game will be able to pause on its own, take you back to the Main Menu, etc. (but this is part of the gameplay).

*The action of the game will not only take place inside of it but there will be moments when you will have to open an internet browser to search for certain information that will help you in the game!

*Deva is also a psychological horror game that will put your mind to work!

So the game environment will include an abandoned school, along with its specific objects, but also some things from our time, due to the fact that the action takes place in the present, just like you saw in the game trailer!

The atmosphere of the game, of course, will include strange sounds and a scary soundtrack but the big difference between a really frightening atmosphere and a less frightening one will be the way and the moment when the player chooses to play Deva!

It is normal for any horror game played alone at night to be much more terrifying than if it is played during the day, and this is also available for Deva, but because Deva is a second-person game and the main character is you, if the game will be played during the night, the atmosphere will be very, very frightening and much more real than a classic horror game!