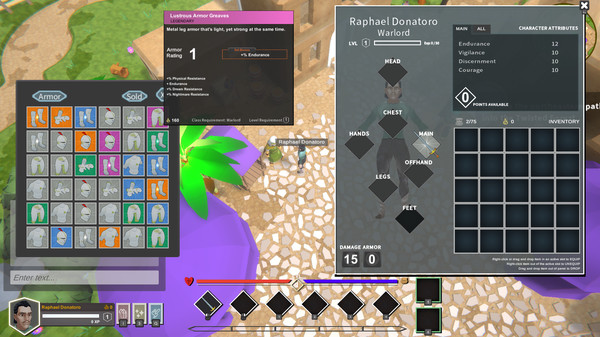 Dreams and Nightmares is a community game developed solely by volunteers put on by CGDC. It is a purely free game. No cost, no in-app purchases, no DLC, no nothing. Simply a free game made by volunteers to help game developers hone their craft. This game was developed on a 9-month timeline from the conception of the idea to release.

As a Top-Down Action RPG, you can choose between 4 character classes (Warlord, Huntress, Brawler, and Bard) and play with up to 8 of your friends either online or in your local network. Based on the Visions between the Prophet Daniel and King Nebuchadnezzar of Ancient Babylon, follow the story from the perspective of four modern-day friends who plunge into a dream world that rocks their lives to the core.

Dreams and Nightmares is an example of what a group of highly motivated group of volunteers can do in their spare time. Many of the developers are new and learned much during the course of this project.