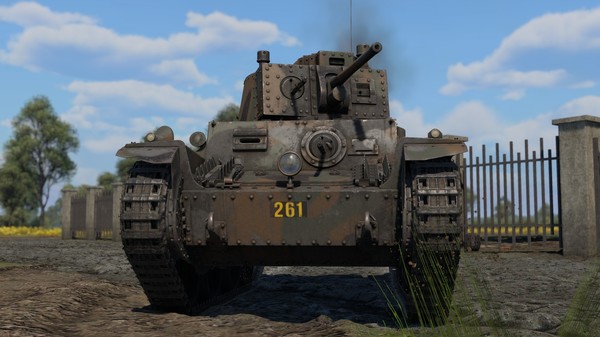 Strv m/41-S/I
The Strv m/41 tank was a modified version of the Czech LT.vz38 tank, produced under license by the Swedish company Scania-Vabis in the early 1940’s. The first series of Strv m/41-S/I tanks were produced during 1942-1943 and later on underwent various improvements on several occasions. The design of the tank was mostly similar to the Czech original, but there were significant differences in terms of the armament and armouring of the vehicle. The engine had a power of 145 h.p. and was capable of accelerating the tank to a maximum speed of 43 km/h. The tank is armed with the 37mm kan m/38 Strv cannon, and was also equipped with two 8mm m/39 strv machine guns – one coaxial and one located on the tank’s turret.

Fokker D.XXI
The Fokker D.XXI fighter was developed in the mid-1930’s by the Dutch company Fokker specifically for the Netherlands Air Force. Despite the fact that the Fokker D.XXI was developed in the Netherlands, Finland became the main manufacturer and operator of the aircraft. The Finnish Fokker (about ⅔ of all D.XXI) proved themselves in the Soviet-Finnish wars of 1939-1940 and 1941-1944. This fighter was capable of a maximum speed of over 400 km/h, and also had good maneuverability and a good climb rate. The premium Fokker D.XXI is armed with two 7.7mm FN Browning M.36 machine guns, and also two 20mm Oerlikon FF cannons.

All premium vehicles allow you to earn increased Research Points and Silver Lions for each battle and comes furnished with all available modifications.

With a Premium account (also purchasable in the game for Golden Eagles) you will earn more Research Points and Silver Lions during each battle for a set amount of days. This is cumulative with bonuses from premium vehicles!